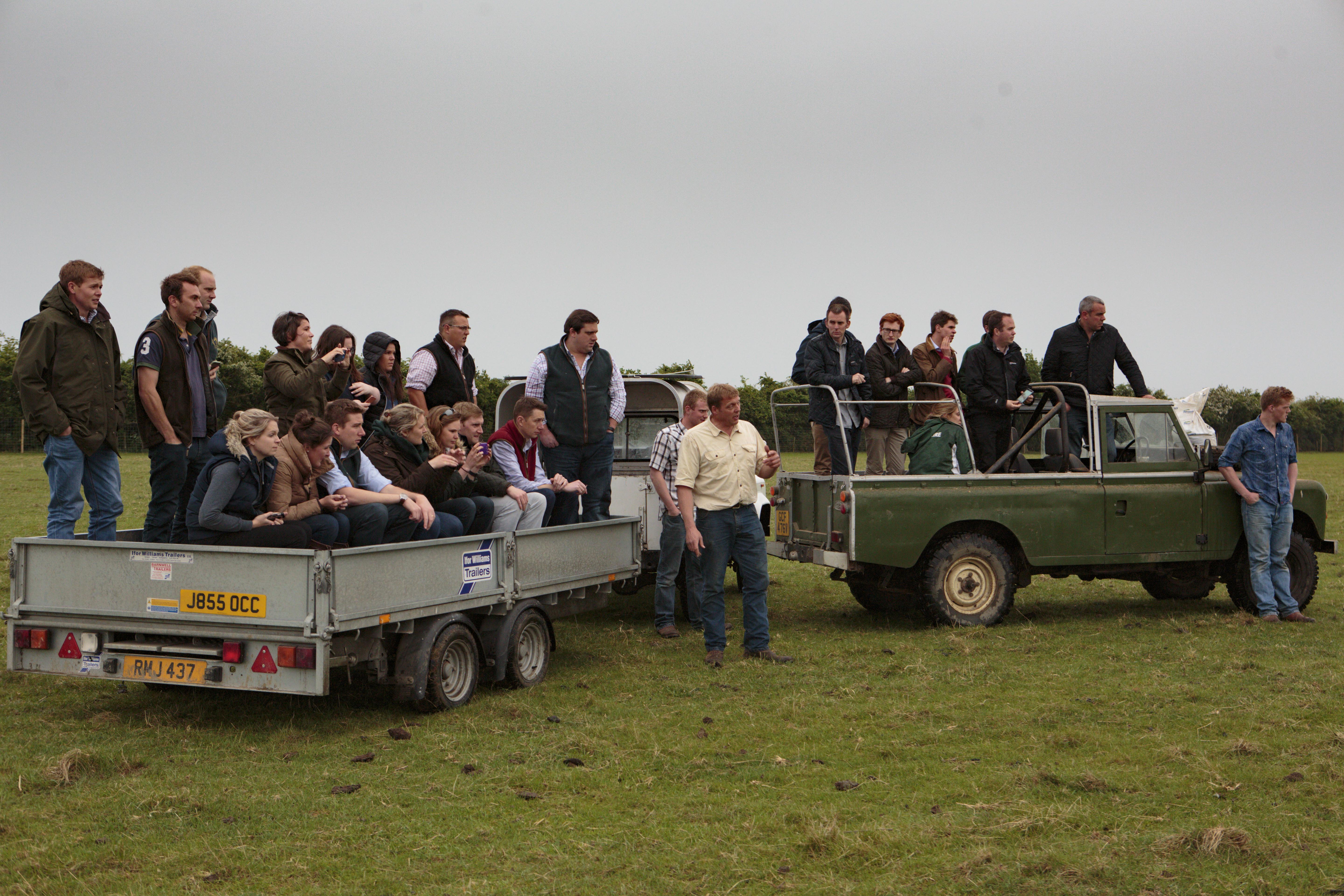 Having been raised on a childhood diet of Crocodile Dundee films I snapped at the chance to visit a crocodile farm for the May Cultiv8 meeting.

Unfortunately my vision of a beautiful, warm, sunny evening didn’t quite come to fruition as we gathered under leaden skies at Church Farm in Old Hurst for the introduction to the farm by Andy Johnson and his sons. The story of how they developed from an ordinary mixed farm into what we see today is a fascinating tale of near disaster and being in the right place at the right time.

We started the tour in the shop, which boasts the largest deli counter in the UK offering a range of butchery products, cooked meats and cheeses to their loyal clientele. The rain had not abated as we clambered aboard Landrovers and trailers for our visit to see the unusual livestock kept on the farm, which is all sold in some shape or form through the farm shop or restaurants.

We started with the herds of red and fallow deer that were happily grazing in an outlying field. It was then off to see the Asian buffalo that provide the family with some management headaches given their enormous strength which makes containing them into winter housing a challenge! Heading back towards the farm yard we nervously headed over to the ostrich enclosure (tales of their rather unpredictable behaviour ringing in our ears, but some of us reassured by the fact they only saw male visitors as a threat!) to get up close and personal with these large birds. I have to be honest I found them more unsettling than I had thought as they crowded round the vehicles to get at the feed, watching us carefully with their beady eyes!

Thoroughly soaked thanks to the unpredictable summer weather it was great to get inside the Crocodile House and dry off in the warmth of their habitat. The crocodiles first arrived at Church Farm to aid in disposing of butchery waste but have since become an attraction in their own right. Using only a stockman’s board Andy happily strolled around the beach, moving their tails out of his way without a second thought and cheerfully telling us all about Cuddles, Kisses & Sherbet not to mention the near misses and injuries he has sustained from their teeth! There are plans afoot to expand the Crocodile House further to eventually house 200 crocodiles rather than the six. This would allow the

We finished our grand tour of the farm in the brand new Steak House. This has been built over two floors in the hope that the popularity of this restaurant as an eatery in the county will really take off. The steak house restaurant has experienced some teething problems with kitchen staff but is now on a stronger footing providing a sophisticated, safari themed place where diners can enjoy produce that truly comes from the farm to their fork.

There is a saw blade hanging in the foyer of the steakhouse with a motto emblazoned on it. This reads ‘The brave may not live forever; but the cautious never live at all’ – this for me sums up the philosophy of the whole farm and is testament to the family having the courage to take advantage of a changing market place and not being scared to try something that others say can’t be done!