Jake Freestone will be joining us at the Showground on the 17th January to talk us through his career to this point. We will begin at 7.30pm, we hope you

Jake Freestone will be joining us at the Showground on the 17th January to talk us through his career to this point. We will begin at 7.30pm, we hope you can join us! This event is open to all, let us know if you are planning to attend by emailing cultiv8@eastofengland.org.uk or visit our facebook event page. 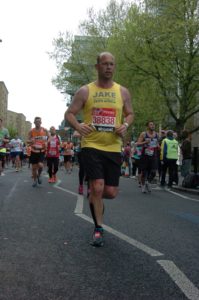 2003 Jake worked for Velcourt as a Farm Manager, in Kent, Gloucestershire and Lincolnshire before moving to Overbury Farms in 2003.  Farm enterprises managed included; dairy, sheep, arable, potatoes and sugar beet.

Jake currently manages the 1590 Ha in-hand farming operations for Penelope Bossom trading as Overbury Enterprises on the Gloucestershire/Worcestershire border. The farm  gained LEAF Demonstration farm (Linking Environment and farming) status in 2012. The farm has been in no-till conversion since 2013 and is integrated with a flock of 1200 ewes.  The farm hosts a very diverse Higher-Level Stewardship scheme which started in January 2011.

In October 2012 Jake was awarded a Nuffield Farming Scholarship, his topic was ‘Breaking the Wheat Yield Plateau in the UK’.  Post Nuffield Jake has presented his findings to the Nuffield Conference and the Institute of Agricultural Managers and their annual conference in November 2014 and that month was awarded the Farm Business – Food and Farming ‘Progressive Farmer on the Year’.  In 2015 Jake was Runner up in the Farmers Guardian Arable Innovator of the Year Competition.

Jake currently sits on the National Crops Board for the national Farmers Union.

Jake has been writing a blog (farmerjakef.blogspot.com) since 2006 and has been ‘tweeting’ since October 2010 (@No1FarmerJake).  Harvest 2011 saw the launch of his YouTube channel documenting life at Overbury Farms, helping promote the positive aspects of our modern agricultural industry.