"Shift Happens!" - An Audience With The Resilient Farmer

Doug Avery, AKA “The Resilient Farmer”, runs Bonavaree Farm in South Marlborough, New Zealand, along with his wife Wendy. 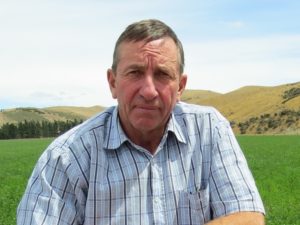 Doug Avery, AKA “The Resilient Farmer”, runs Bonavaree Farm in South Marlborough, New Zealand, along with his wife Wendy. Doug has faced numerous challenges over the years, including spiralling debts, drought and earthquakes, all of which led to him experiencing mental health issues. But in the face of all of that, the farm’s income has increased tenfold in the past 10 years and it is now one of the top-performing beef and sheep enterprises in New Zealand.

To help other farmers in a similar position, Doug and Wendy set up a company called “The Resilient Farmer” aimed at promoting and assisting other farmers make a similar journey to a more resilient future. His approach to resilience is to be sustainable across three pillars – financial, environmental and social. Doug documented his experiences in a book, also titled “The Resilient Farmer”, which was New Zealand’s largest publishers’ second best-selling book in its first year of release. He has won several awards for his services to farming, the environment and mental health. He has also embarked on public speaking tours in New Zealand and Australia, as well as a hugely successful sell-out speaking tour of Scotland in 2018.

In partnership with The Farming Community Network (FCN) and Rural Support Northern Ireland, Doug will be returning to the UK from 30th September to 18th October 2019 to give talks in England, Wales and Northern Ireland. The aim of thiese talks will be to promote positive mental health and inspire members of the farming community who are looking or needing to change their approach to their business and their personal life.

Tickets are priced at £10 per person and will include a light supper. Proceeds from ticket sales will contribute towards the overall costs of the tour. The remaining balance will kindly be provided by our very generous tour sponsors.