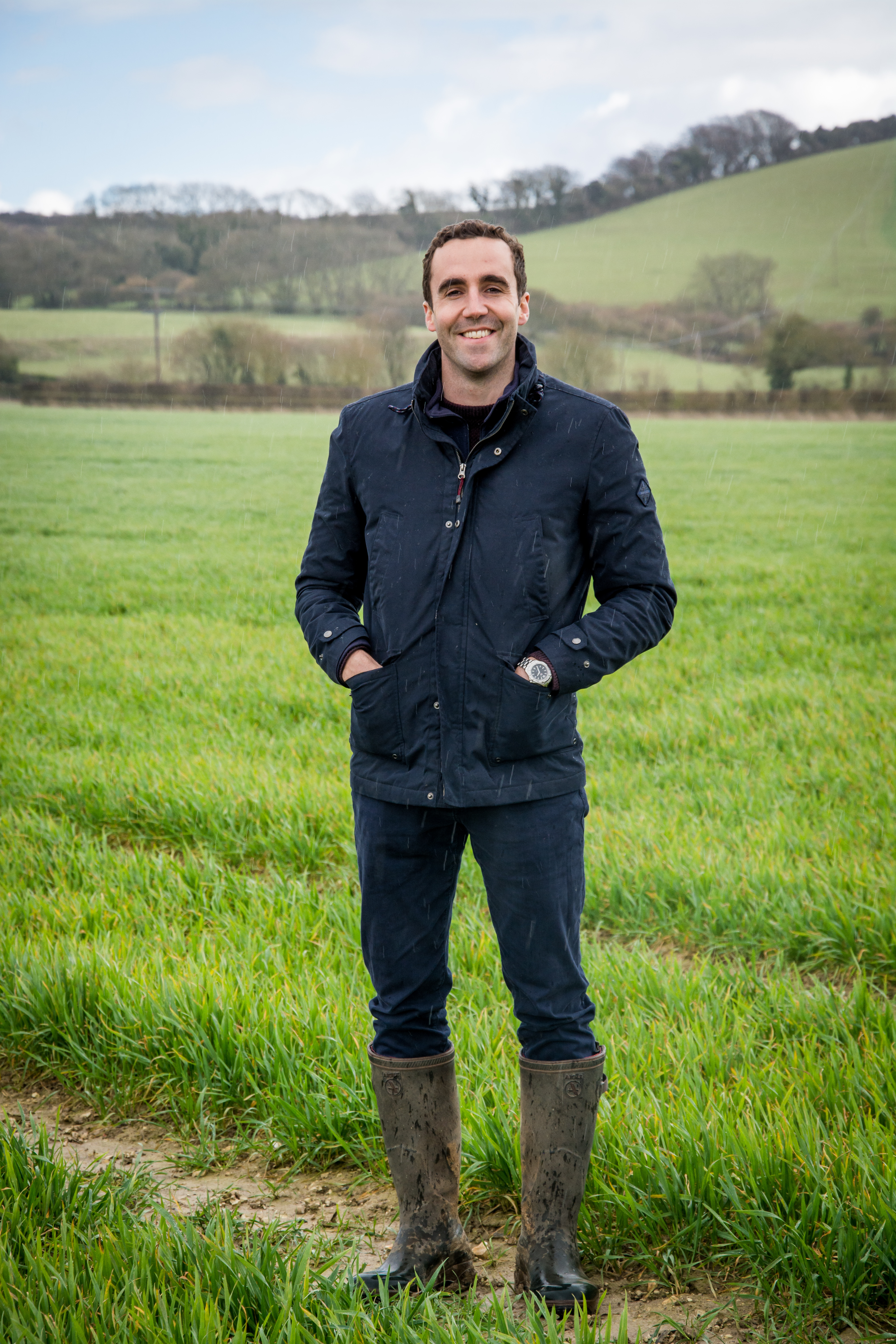 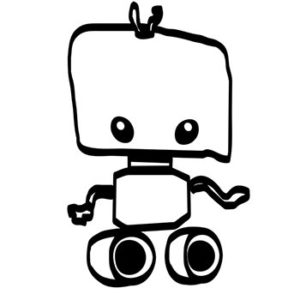 Agri-tech start up, Small Robot Company is on a mission to change the course of British farming for the future. Swapping giant farm machinery for small robots has proved that farming can be more efficient, more precise, and kinder to the soil and the environment.

In our spring edition of the Society News, we spoke with Sam Watson Jones from the Small Robot Company who shared with us his vision for the company and the future of British farming.

Sam is Co Founder of Small Robot Company and a 4th generation arable farmer with a clear vision for making farming better.  Sam is an experienced business operator, having run a diversified family business for the last five years, and has a range of previous experience including as an angel investor in EdTech startups. 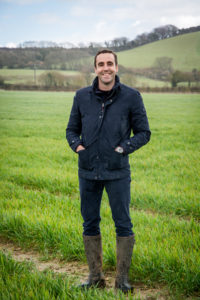 I’m a fourth generation farmer. Taking over the family farm after a few years working in technology with Accenture, I was struck by how inefficient farming methods still were. I was also struggling to make a profit while balancing environmental concerns.

Then I came across the work of Professor Simon Blackmore at Harper Adams University, the world’s leading expert on precision farming. 15 years ago, while working on soil damage problems, he had an idea:

“What if we didn’t use tractors? What if we used lots of small robots instead?”

This would enable an entire new model for sustainable farming. Professor Blackmore introduced me to co-founder Ben Scott-Robinson, an experienced technology entrepreneur, who wanted to make this vision a reality. Small Robot Company was born.

We launched at Agritech REAP in November 2017. We have since made rapid progress and have now developed three early prototype robots. Field trials are currently in progress in 20 farms across the United Kingdom, including the National Trust Wimpole Estate and Waitrose Leckford Estate.

“Robotics will bring radical and exponential changes to farming. We are now on the cusp of a fourth agricultural revolution. Food production and environmental care is at the heart of that: but to achieve this, farming needs urgent change. Our vision is to automate and digitise arable crop farming. Farming is is arguably the last analogue industry. We want to take farming into the digital age: with British ideas and British technology at the helm.”

We’re starting from the drawing board to create a new farming system that makes the very best use of today’s technology. With all of today’s technology at your fingertips, you would never invent the tractor. The tractor is about speed, not precision: and this has determined how we farm – and shaped our very landscape – for more than fifty years.

This calls the big machinery model into question. This model is simply not working. Unfortunately, if you treat the whole field the same, waste is inevitable. A more ecologically harmonious way of farming is vital for the future of our planet – and for farm profitability.

On our farm, gross revenues generated from a hectare of cereal production are the same as they were 25 years ago. I’m not talking about an adjusted for inflation figure, I’m talking about generating the same number of pounds per hectare as we did a quarter of a century ago.

Meanwhile, yields are stagnating. There is plenty of research to show that yields of the most important crops in the UK, namely wheat, oats and barley, have not improved in a generation. The point of farming, surely, is to feed the world. However, if national and global populations are increasing; as they are and the amount of available farmland both nationally and globally is not increasing; as it isn’t, then we are failing as an industry if we do not find a way to increase our productivity.

“If I carry on farming the way we farm today, my farm would go out of business within ten years. And this is a common picture. Over the course of setting up the company I spoke to around 70 farmers. I have since spoken to many more. It was genuinely scary how much the conversations started to resemble each other after a while. It is estimated that as many as 85% of farms would not be viable today without subsidies. Farming is in danger.”

We are reimagining farming with robots and Artificial Intelligence (AI) to improve the way that food is produced. We will make farms more profitable, and increase yield and efficiency, by ‘digitising’ the farm. This will also be much kinder to the environment.

There’s huge potential for farmers in embracing artificial intelligence. It will completely transform what’s possible on the farm. Ultimately, we will be able to employ permaculture techniques at scale – using gardening tactics such as companion planting, but for broadacre crops. Different crops could be planted alongside each other in the same field, and harvested at different times.

“With artificial intelligence, we will be able to care for each plant individually, with no waste. The data unit will be the plant, rather than the field. This is more efficient, more precise and more productive. Both yields and profits will be higher, but at no cost to the environment. Even small farms will be profitable without subsidies.”

Ultimately, we’re looking at the Digital Transformation of Agriculture. With improved yields and productivity, we can help feed the world sustainably by 2030.

As a farmer, environmental stewardship is very important to me. Globally we know that farming is a huge energy user, a huge water user and, unfortunately, the source of a lot of pollution. A key theme that came out of my discussion with farmers was around their frustration with their inability to do more to protect the environment.

“Using robotics and artificial intelligence therefore brings a new level of precision which is completely beyond the hard limitations of tractors, which necesitate a blanket approach.This can reduce chemical usage and cultivation energy in arable farming by up to 95%”.

Locally, soil health is degrading as we operate a farming system which relies on heavy machinery and draft force, or pulling metal through the soil. Estimates vary, but some scientists think we have as a little as 30 – 40 years left before we have effectively eradicated soil fertility. On the farm, 90% of the effort we put in with soil cultivations, and a significant proportion of the chemicals, is to correct the damage done to the soil by tractors. This needs to change. More contentiously, we also know that our current methods of applying chemicals have a negative impact on beneficial insects.

All farmers want to leave the land in better condition for the next generation than the condition in which they inherited it. In our hands is the future of the soil, and the future of food, but unless we adopt a different farming system, there is a very real danger that this is not achieved. And to be able to at the same time to both make farm businesses more profitable and increase yields will have a tremendous impact.

The potential for efficiency using robotics is phenomenal, and the environmental benefits this then bestows are immense.

Our three small robots Tom, Dick and Harry will take care of all the feeding, seeding, and weeding autonomously. Working in conjunction with Wilma, the artificial intelligence ‘nervous system’, they will only feed and spray the plants that need it, giving them the perfect levels nutrients and support, with no waste. 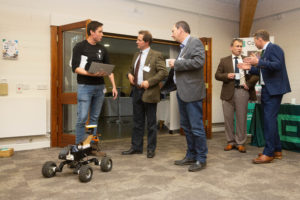 Small Robot Company at the 2018 East of England Farming Conference

Wilma draws upon a comprehensive big data crop model for autonomous decision-making, enabling each plant to be cared for individually. She will take in the sum of all farming knowledge, including agronomy, soil science and market conditions, coupled with aggregated big data from all farms across the country, and apply it to the information gathered about the crop. Eventually, each process – from knowing when to plant, to all aspects of crop care, to knowing when to harvest – will be automated.

This is an entirely new way of farming: making the data point the individual plant, and each square metre of soil, rather than the field as a whole.

Robust per-plant data ‘digitises’ the field. It creates a ‘profit map’ that shows which areas of field to use, what to plant where and when, and which to use for ‘set aside’ biodiversity subsidy.

If farmers have a digital view of their soil, in other words, if they are able to gain an understanding before they spend any money of what the nutrient content, moisture content, pH level of their soil is on a highly granular level, they have a much better chance of making the right choices for their business. When I say granular, I am talking about hundreds of thousands or millions of soil samples per field, not the few dozen on which our soil maps are currently based. Robotics will enable an exponential improvement in this level of accuracy.

Seven out of twenty of our Farmer Advisory Group farmers are called Tom! Our lead robotics engineer is also called Tom. 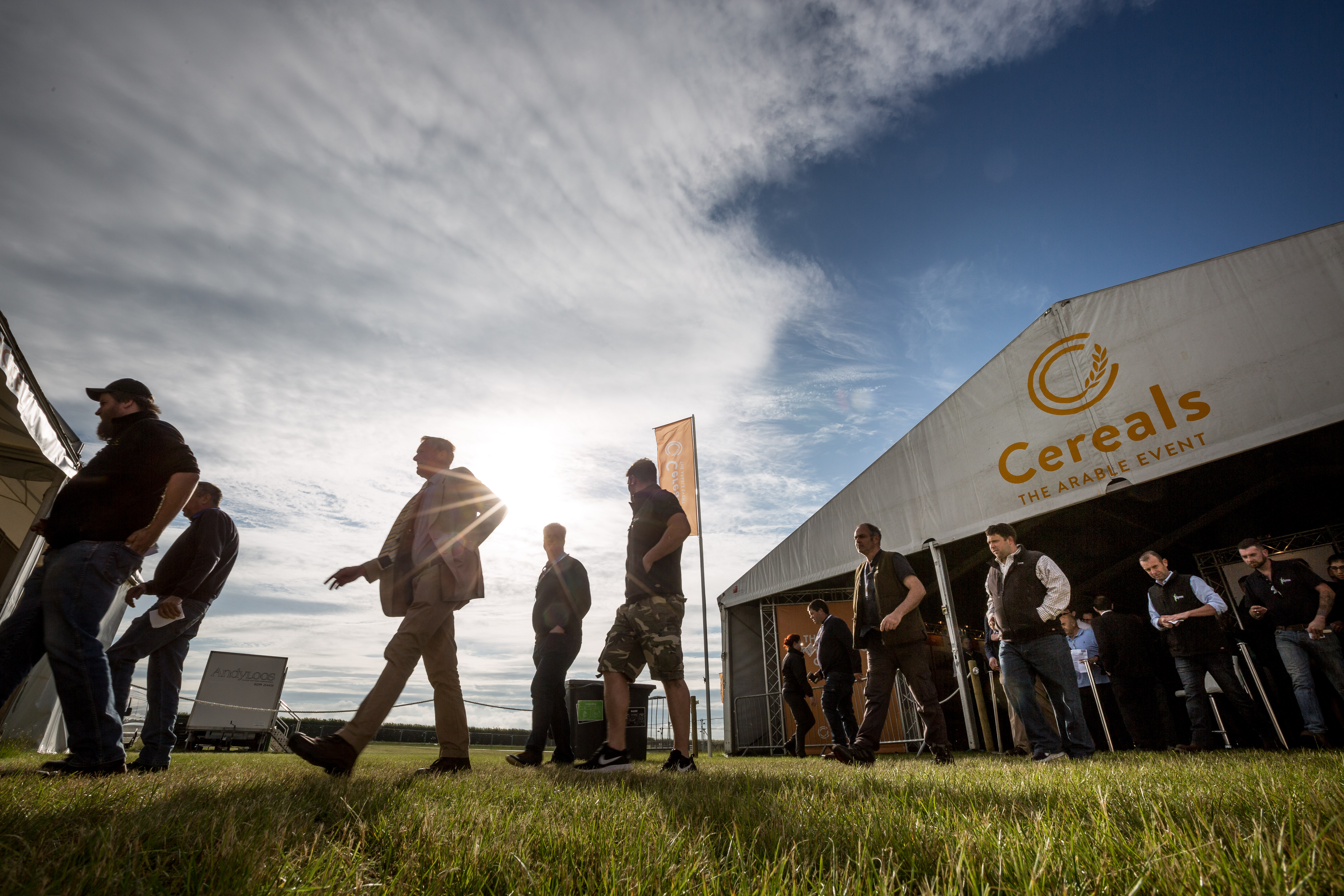